This dispatch appeared in S02 Episode 6, along with Putting the Hack in Hakka Noodles by Yan. Cover illustration by Jason Li.

Tianyu: Let's talk about Shaxian, the restaurant chain that’s everywhere in Chinese cities…no one really knows who owns it or how many of them are knock-offs. I don’t remember the exact details of my first (helplessly intoxicated) visit to Shaxian in Fuzhou. I recall that the beef noodle soup that I had ordered was extraordinarily cheap, and while I struggled to actually find beef in it, I was too drunk to complain.

There is a collective diaspora craving for Shaxian Delicacies: the idea of affordable, pan-Chinese dining that opens until late night. The food doesn’t have to be good, but it would be nice to know there is one around the neighborhood. I recently encountered (with fellow Chaoyang Trap resident Henry Zhang) a Shaxian Delicacies in Sunset Park, Brooklyn. We didn’t go in because we had just had lunch, and we weren’t sure if it was shanzhai. In any case, it was soothing to reunite with the red-and-green Pac-Man logo.

For our second story this week, Zoe pays tribute to the Shaxian cult with her trademark combination of gonzo, immersive, investigative and method journalism:

Zoe: It’s 3 AM and you just came out of a live music show, craving late night comfort food to wrap up your epic night out. Chances are, you’ll see a Pac-Man like logo on the street corner and chomp your way to it. Instead of an action maze chase video game adventure, you will experience the slightly surreal essence of Han Chinese cuisine.

沙县小吃 (“Shaxian Delicacies”) is the most culturally invasive Chinese restaurant brand in the whole world, truly the Shen Yun of snack joints. I’m telling you- there are at least three Shaxians in Brooklyn, including a knock-off. It’s not as flamboyant as Laoganma, the Chinese chili oil that has stormed American dining tables, but Shaxian Delicacies has quietly taken over countless shopping streets and urban walking routes, pervading your life by opening right next to your apartment compounds.

1873 results for Shaxian locations on Dianping, and this is just Beijing.

Shaxian Delicacies started out in Shaxian, aka Sha County, a district of Sanming in Fujian province. While a mostly typical southern cuisine, Shaxian food features surprising fusion with northern flavors. This is part of the reason why Shaxian Delicacies have become so popular all over the country, unintentionally creating a pan-Chinese palate. The food culture of Shaxian and other places in Fujian benefited from the two waves of migrations from the Zhongyuan region (roughly Henan, Shaanxi, and Hebei) down south, during which a large number of northern Han Chinese poured into Fujian, bringing the food culture of the north to Shaxian and other places in the South.To a lot of Chinese, it tracks as vaguely “representative”—capturing a kind of essence, the profundity of Chinese food culture (but not entirely).

Shaxian is my favorite drunk food—very much like dollar pizza on 6th Ave, mostly because they both open after midnight and serve tasty carbs to drunk people. Another virtue of Shaxian (and dollar pizzas) that I highly appreciate is that they are truly hospitable dining spaces where everyone is welcomed - Shaxian is probably the most affordable restaurant food that you can buy. A warm bowl of wontons at Shaxian after work is the best treat for an Ele.me delivery driver. A broke college student struggling to support themselves can always get a sumptuous dinner at Shaxian Delicacies. And you can also spot well-dressed salarymen sitting at a dining table in Shaxian slurping their piaoxiang noodles.

I remember reading a Douban post in which the OP only had three kuai left in their pocket. Cold and starving, not knowing where to go, they decided to go to a Shaxian. The owner of that Shaxian near their university generously offered to serve them more steamed dumplings for free and asked if they had enough money to make their trip back to campus. Shaxian to me is a hodgepodge that mixes social classes.

In front of a bowl of Shaxian dumplings, everyone is equal. Alright, I might have gone too far…

Shaxian Delicacies is key among the many things Mr. Xi has looked at, often during his tenure in Fujian. According to a Xinhua report, “Mr. Xi Jinping's care and support during his tenure in Fujian was the key to Shaxian Delicacies evolving into a worldwide industry coming from a tiny backwater town.” Apparently the then-vice party secretary of Fujian noticed the potential of the local food industry when he was visiting in 1999 and suggested the major attraction of Shaxian was cheap and cheerful, spotting the “lower consumption market.”

In the early 1990s, thousands of people left their hometowns to make a living in the catering industry. This coincided with the wave of ‘Xiahai’ 下海, which led to a surge in the urban migrant population and its demand for food, accommodation and travel. The affordable price of Shaxian Delicacies grasped the hearts and tummies of the low consumption residents.

This is on-point. Apart from this apt analysis, I also want to share this hot take from Shaxian locals:

In the eyes of Shaxian people, Bianrou 扁肉 (a type of Fujianese dumplings) are ‘bricks’, and Ban Mian 拌面 (Fujian-style stirred noodles) are ‘steels.’ The local street food has been built into the skyscrapers of Shaxian.

This description of Shaxian food somehow sounds very earthy and “industrialized,” but I assure you the food served at Shaxian Delicacies is generally quite excellent. My favorite is “Fragrant Stirred Noodles 飘香拌面.” It comes coated with soy sauce and peanut butter (unsweetened), sprinkled with a bit of salt and sugar, and garnished with a pinch of chopped spring onions. Give it a solid stir to evenly mix the seasonings with the boiled noodles, and our taste buds will be completely captured by this simple carb bomb.

As a curious human being, I assume that people must be very curious about the ownership of this restaurant brand. Owning thousands of branches in China and abroad, Shaxian’s owner must be a millionaire. I tried to do some research about this mysterious brand, not expecting to hit the wall at the first step—even the official website of Shaxian Delicacies doesn’t work. Typical Shaxian style. But deep diving into all public records about the brand, finally something much clearer has emerged.

Shaxian was initially a collective run by locals from Shaxian. During the early 90s, Shaxian locals flocked to southern coastal cities to sell street food. Seeing their peers raking in money in the big cities, fellow villagers smelled the profits from the burgeoning catering industry and followed the army of Shaxian street food vendors, starting to open more restaurants selling Shaxian food in the cities. Everyone just unconsciously adopted the name Shaxian Delicacies. As its reputation grew, non-Shaxian locals also began to emulate their recipes and further expanded the brand's influence all over China and even abroad. This also explains why originally Shaxian Delicacies were only managed by Shaxian locals, but nowadays we do see quite a lot of non-locals running them.

Please don’t ask me how they came up with the Pac-Man like logo. I have not yet gotten to the end of that investigation.

Simon: I had heard previously that there were a lot of Henanese migrants in Fujian, but I hadn’t really thought about that in terms of it creating a kind of north-south fusion cuisine in Shaxian, which is super interesting. Zoe, recently you mentioned to me that you’re starting to notice less Shaxian Delicacies, which makes me wonder if it’s a sign of China growing out of the “lower consumption market” that creates the need for it. I remember reading an article a few years ago about how growing prosperity (as well as delivery services) were killing off instant noodle sales in China. What might replace Shaxian’s supremacy at home? Maybe the much discussed luosifen fad of the past few years might demonstrate more cosmopolitan palettes, a search for the exotic and new (within national borders) rather than the comforting?

Also, as a *闽 Appreciator* I’d be remiss to not mention my minor beef with Shaxian Delicacies: by completely cornering the lower end market, it makes it very hard to find Fujianese food around China that isn’t either dirt cheap or in a super expensive seafood restaurant. In Beijing at least, it’s only been in the past few years that mid-range restaurants offering (excellent) food from Xiamen and Quanzhou have opened up.

Krish: Outro music this week is the double bill of: 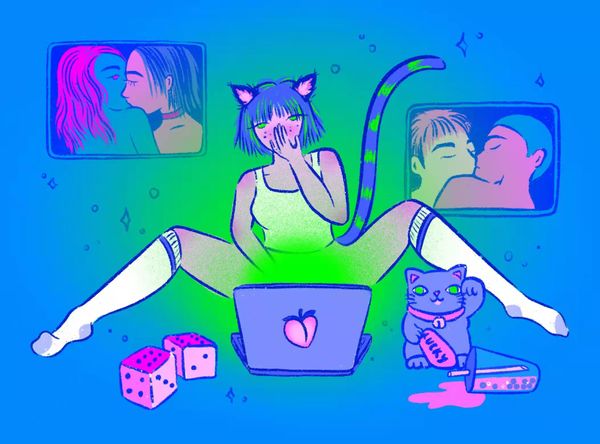 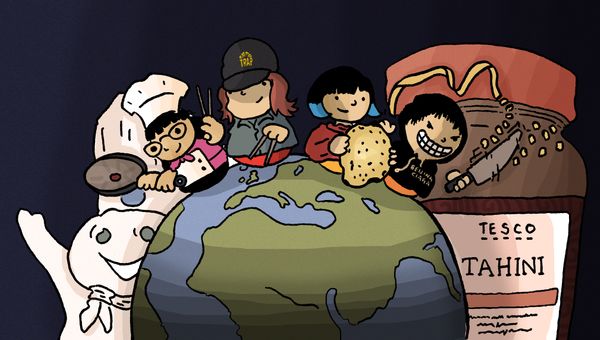