This dispatch appeared in S01 Episode 3, along with When Professor Notices You: Why Is China’s Ryuichi Sakamoto Fandom So Weird? by Simon Frank. Cover illustration by Krish Raghav.

Jaime: The first thing Xiao Hai (小海) mentioned when we met up was that one time he slept on a bench outside UCCA in the summer of 2016, when he first arrived in Beijing. He didn’t have a place to stay at the time, but he wanted to do something with art. He spent the night outside the museum after being kicked out of an internet café. There were a lot of mosquitoes, and at around six or seven in the morning, he got up and moved to another spot to lie in the sun. Months later, he found a job as a server at Schindler’s in 798. He now works at a charity second-hand clothing store near Picun (皮村).

I first saw Xiao Hai in a documentary last winter about a troupe of former workers putting on a play in Picun. That night, he surprised the filmmaker by showing up to the screening at Fruityspace and spontaneously shared a poem he wrote while he was walking around the Shichahai lakeside during the day. He struck me as someone who enjoys looking at new things, someone who will keep returning if he sees something he likes. I asked him if he wanted to see the exhibition of Cao Fei’s works at UCCA and thank god, he said yes.

Xiao Hai: I was shook.

Jaime: Did you manage to see everything?

Xiao Hai: Pretty much. I didn’t finish some of the videos, but I went back to watch my favorite ones two or three times.

Jaime: Which were your favorite ones?

Xiao Hai: Watching the VR video (“The Eternal Wave,” 2020) with the headset really hit different. It was so real; I had never seen movies like this before. The details were incredible, like the smoke rising from the cigarette on the table. They even give you a movie ticket inside the virtual reality cinema. And then there’s a woman who would start talking to you. Everyone is so lonely and aimless in real life, so imagine when all of a sudden, someone from a virtual world is paying attention to you. You sit there and listen to her as she confides in you, like a real friend. That was such a magical feeling, what the hell. You know it’s virtual, but it feels more real than reality.

Jaime: What do you mean by “more real than reality”?

Xiao Hai: For some reason I just felt this warmth. Even though it’s a virtual scene, it felt warm. It could also be because I am not usually exposed to this kind of virtual world. The things I follow are usually too real—very cruel, very hard, very painful things that make you feel lost, tired, lonely, and even things that break you down. You know I am not a gamer, right? So I don’t usually come into contact with the virtual, but this kind of virtual world feels more meaningful and poetic than gaming. I wanted to watch it the third time before I left, but I was afraid that the museum staff would get sick of me.

Jaime: Did it inspire you to start gaming?

Xiao Hai: Not gaming per se, but it really inspired me to think differently. Maybe I could be more open and go wild in my poetry or creativity. Cao Fei's lens cracks open a very wide landscape. I learned so much from her works.

Jaime: In your own reading habits, are you usually more drawn to non-fiction or fiction?

Xiao Hai: More non-fiction. You know the ancient saying “actors are heartless, but singers mean what they sing” (戏子无情 歌者有意). I didn’t even know about non-fiction at first, I only listened to music. I mean, I was fifteen and a half when I went to work in the factories in Shenzhen. I never finished secondary school. I had no outlook on life and no value system. I just followed the flow and went to the south.

I started listening to rock music around that time—I had no money for novels and no time to read—and started to become more aware of the reality around me and my own plight. I kept thinking, well, working in the factories was one path to achieve my dreams. I wanted to be free, I didn’t want to live like this, but I didn’t know exactly what kind of life I wanted, what freedom even meant.

To go back even further, I didn’t like to watch cartoons when I was child. I would rather listen to music; the emotions are more direct. But the fictional in the exhibition is different in the way it intersects and integrates with reality. It’s a fiction that could become reality decades or centuries later.

Jaime: Does this evocation of the future feel like a form of hope to you?

Xiao Hai: The treatment of how the artwork embellishes reality, I feel like it opened up a really colorful and dynamic world: maybe there are other sides to our world that are not just what we see in front of us. It’s not always sad and confused and trapped. And then perhaps it would eventually lead to hope…like you said, maybe you can see a new hope. It’s hard to say if that hope is real or fake, but I would rather believe that it exists.

Jaime: Do you recognize yourself in the imagination of any of the artworks? How did you imagine your life in the past?

Xiao Hai: It’s more often despair in the past, and sadness. There wasn’t a lot of imagination. I never had those kinds of fantasy before. Maybe when I used to work in the factories, I thought about writing songs. I wanted to become a rock musician. I don’t anymore. During my factory days, I was always looking for something, but I could never find it. I was lonely every single moment and I was never happy.

Jaime: Did you know what you were looking for?

Xiao Hai: I guess it was freedom. Freedom from the workshop, from the products, from working overtime late into the night, from not being able to sleep when I was tired, from being a robot. Eventually I found a like-minded community in Picun, but I still have workshop PTSD. After all, I spent a decade in the factory. I still feel lonely and empty. This kind of loneliness needs art that is capacious and imaginative. So the exhibition felt nourishing and uplifting to me. Like nutrients.

Jaime: When do you feel the least despair, the least lonely, the most yourself?

Xiao Hai: When I am writing. It’s not illegal to be ourselves. I think humans should be their authentic selves. Why do we have to be robots?

By the way, the Luo Xiang guy you mentioned earlier, is he the shamate (杀马特) guy?

Jaime: No, that’s the criminal lawyer guy. Did you cross paths with shamate when you were in Guangzhou?

Xiao Hai: No, I was in Shenzhen and Dongguan. I didn’t hear about shamate until later, although I agree with the phenomenon. I found music and poetry instead, which is low-cost and more immediate. Writing saved me in the workshop. It made me confident and it made me believe that my dreams are valid.

Jaime: Did you relate to the scenes of workers dreaming in “Whose Utopia”?

Xiao Hai: I’d say it’s pretty remarkable that Cao Fei was paying attention to workers in 2006. The Foxconn suicides didn’t even happen until 2010. Seeing these fictional scenes inserted into reality would be quite inspiring to workers today. I feel like a lot of workers are still unconscious. If more workers can realize there is more than one way to live than just going from factory to factory, from city to city—I think sometimes it has to do with consciousness, you know? I wasn’t conscious of these possibilities before, either. If I saw this video as a factory worker back then, I would’ve been shook. Now that I have managed to leave that life behind, I feel the resonance.

Cao Fei’s attempt to reimagine this physically exhausting factory life into something more romantic and poetic, I think it’s something pretty hard to come by. Workers don’t get to be themselves.

Jaime: You don’t think it’s too romantic? For workers, is having dreams in itself a privilege? After all, not everyone can afford to follow their dreams. Does it feel too idealistic?

Xiao Hai: The way I see it, the dream itself is a fiction. The whole notion is disconnected from reality—in the video, the dreamer is dancing while everyone else is working. Everyone has dreams—it’s innate to being human—but not everyone will have the courage to follow them, for all kinds of reasons. Not everyone can achieve their dreams, but everyone should have the right to follow their dreams.

Jaime: It sounds like the video should be screening at the factories, not in an art museum. Who is the audience of whose utopia?

Xiao Hai: That’s a really good point. The work as it is shown in the art museum certainly raises awareness and understanding, but there is no way for people to participate and there is no way to change anything. Its biggest value would be for workers to see a work like this. It’s like a bomb; you don’t know the power and influence it contains. Of course, it would be amazing if there is funding to support screenings for workers, but the government probably won’t allow it.

Jaime: Who would you show this work to if you can show it to one person?

Xiao Hai: A worker on the frontline. Someone who is already kind of conscious. They might not get it if they aren’t already half-awake.

Disclaimer: Jaime is an employee at UCCA. Views expressed are her own. It is worth checking out the other dispatch in the episode, by Simon Frank: When Professor Notices You: Why Is China’s Ryuichi Sakamoto Fandom So Weird?

Xiao Hai is a poet and former migrant worker from Shangqiu (Henan Province). He was a member of the Picun Literature Group and won the Best Poet prize at the First Laborers’ Literature Awards. 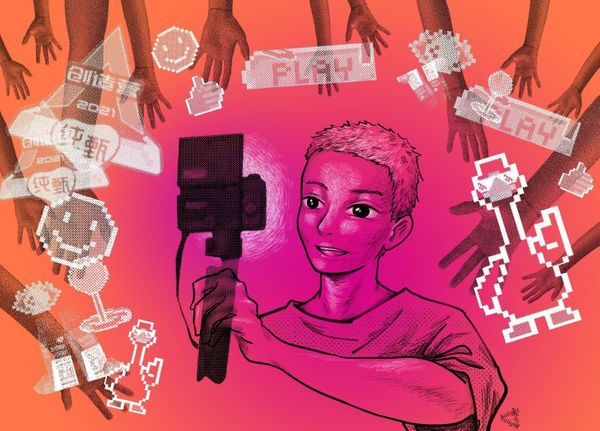 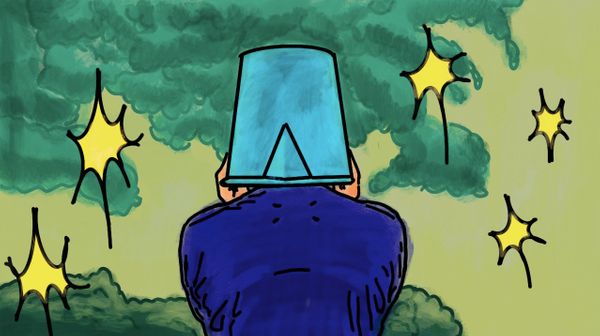